HEAR FROM THE ARTIST 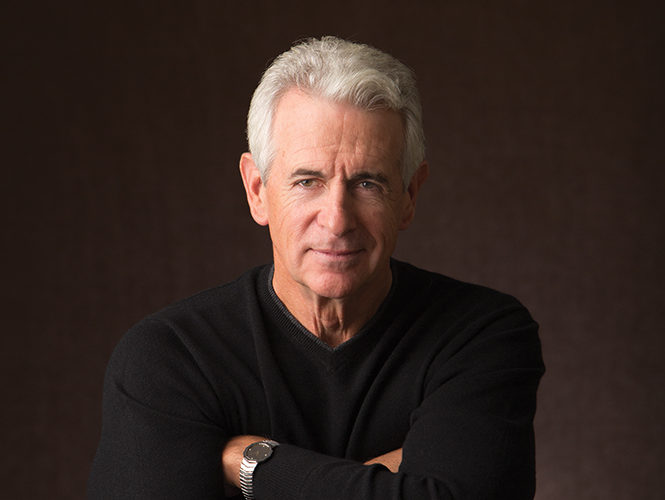 A NOTE FROM JIMMY NAUGHTON

I first came to work in Williamstown in 1972, and I’ve spent lots of summers here in the decades since. I’ve always identified myself as an actor who sings, and while I enjoyed singing in the Cabarets throughout the '80s and '90s, I didn’t take it seriously. That changed rather abruptly in the late 1990s, one night, when I found myself among a distinguished group of singers and musicians in a “Friars’ Club Tribute To Cy Coleman.” I was asked because I had played leads in two of Cy’s shows on Broadway: I Love My Wife, in 1997-8, and City of Angels, in 1989-90. Sitting at my table and performing, were the great jazz and blues singer, Joe Williams, and the legendary jazz pianist, George Shearing. To say it was intimidating is understatement.

I sang a novelty song from I Love My Wife and a rangy, demanding, torch song from City of Angels, and the term “nervous as a cat” comes to mind. After the show, George Shearing approached me with his wife, Elli. “Oh Jim,” he purred in his soft, British accent, “I’d like to play for you. Here’s my phone number, would you come over next week? Bring your wife.” Four days later, we spent an unforgettable five hours with George, sitting at his piano, saying, “and this would be another good song for you, Jim.”

As we left, I turned to Pam and said, “you know how I’ve talked about putting a singing-show together for the past 25 or 30 years? Well, I think George just gave me that kick in the butt I’ve obviously needed.” 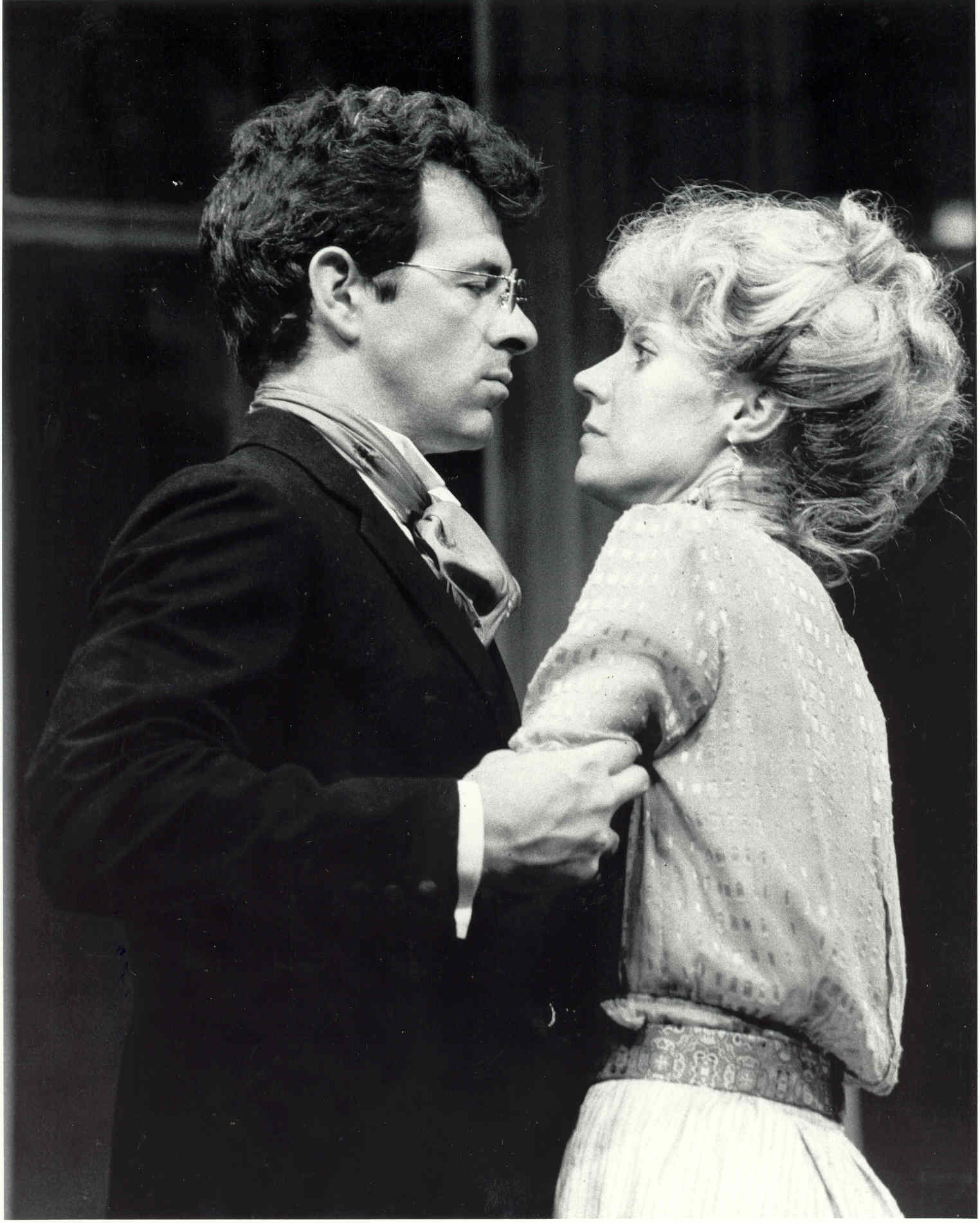 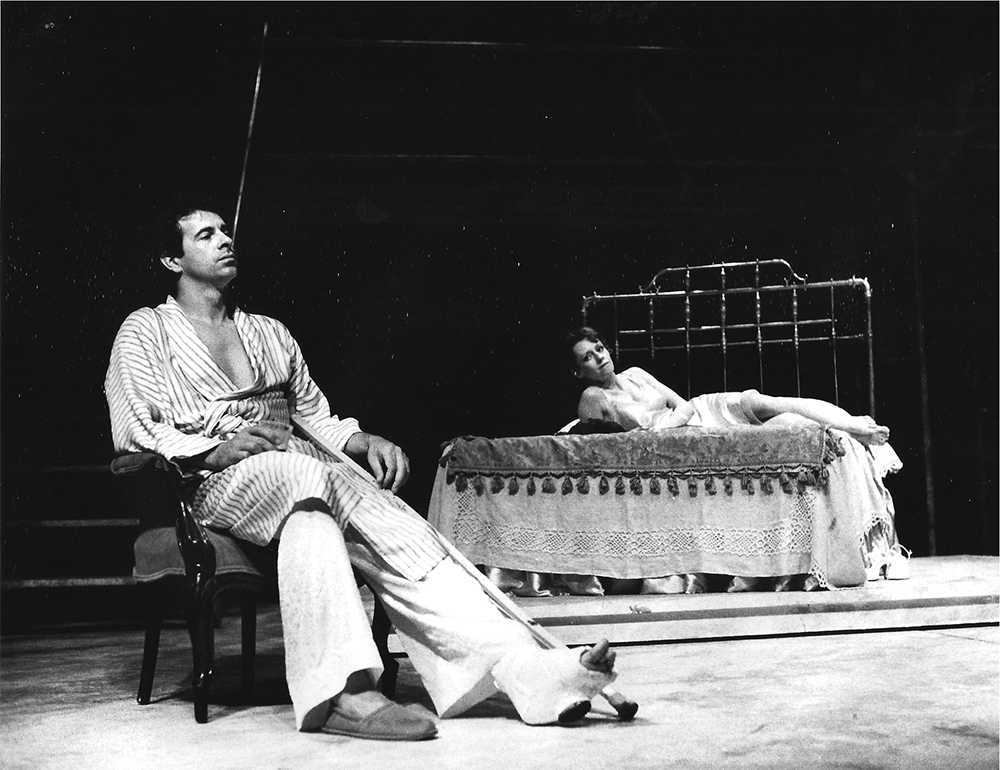 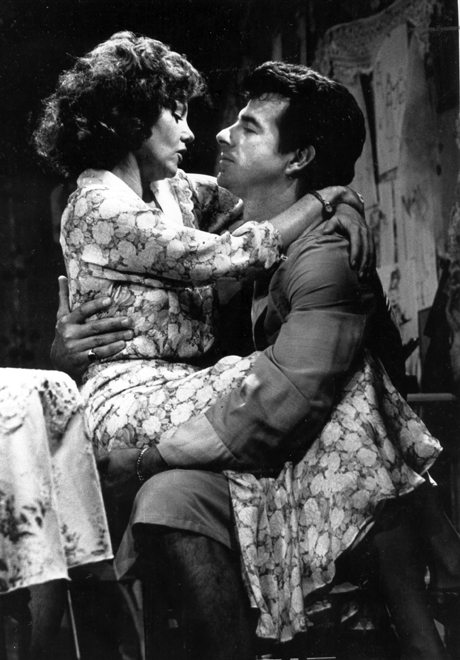 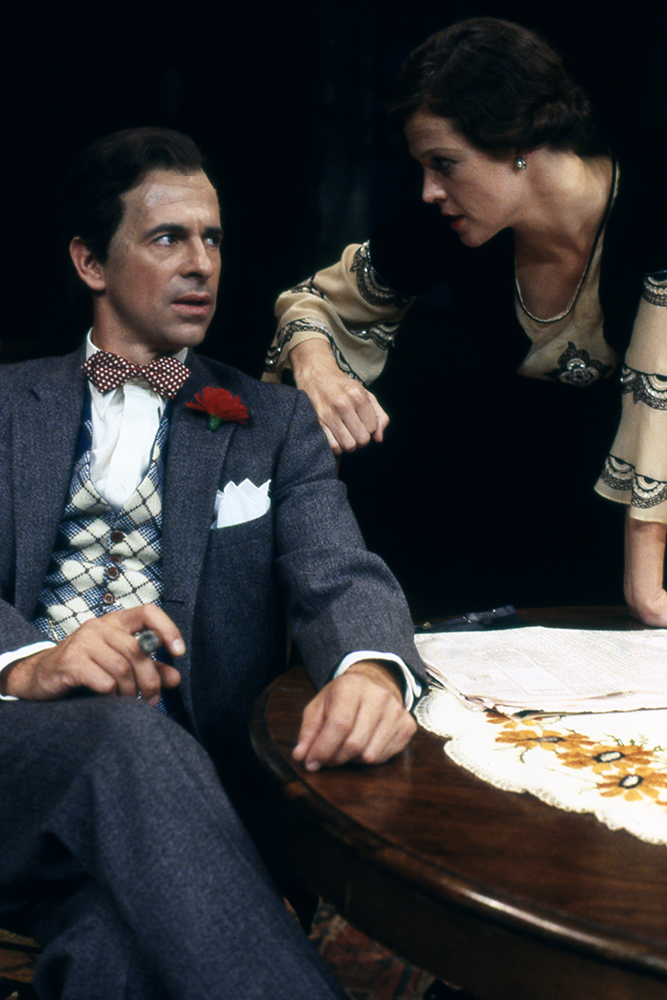 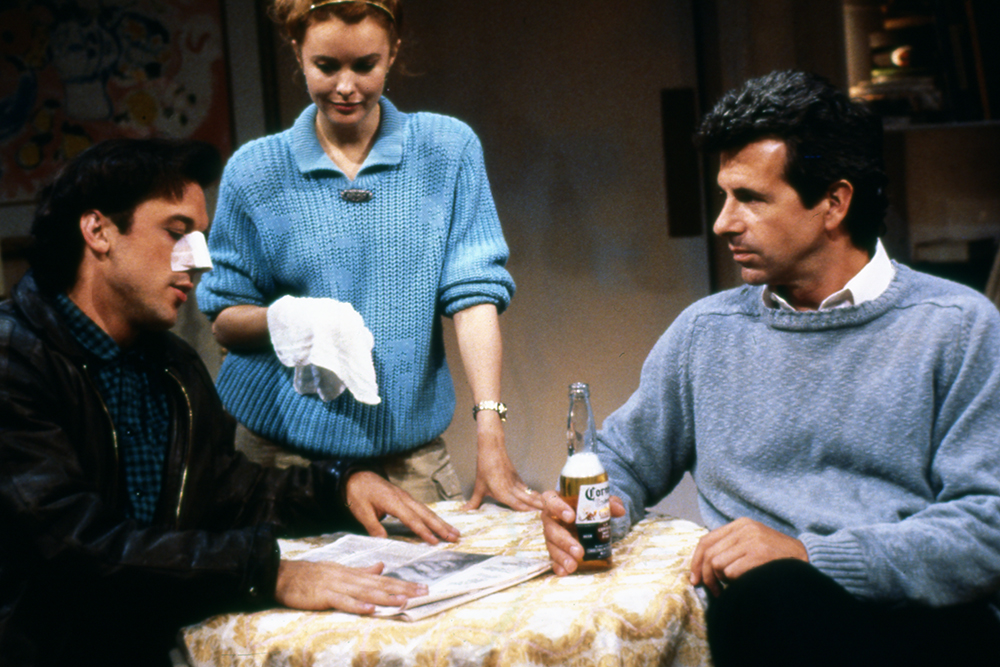 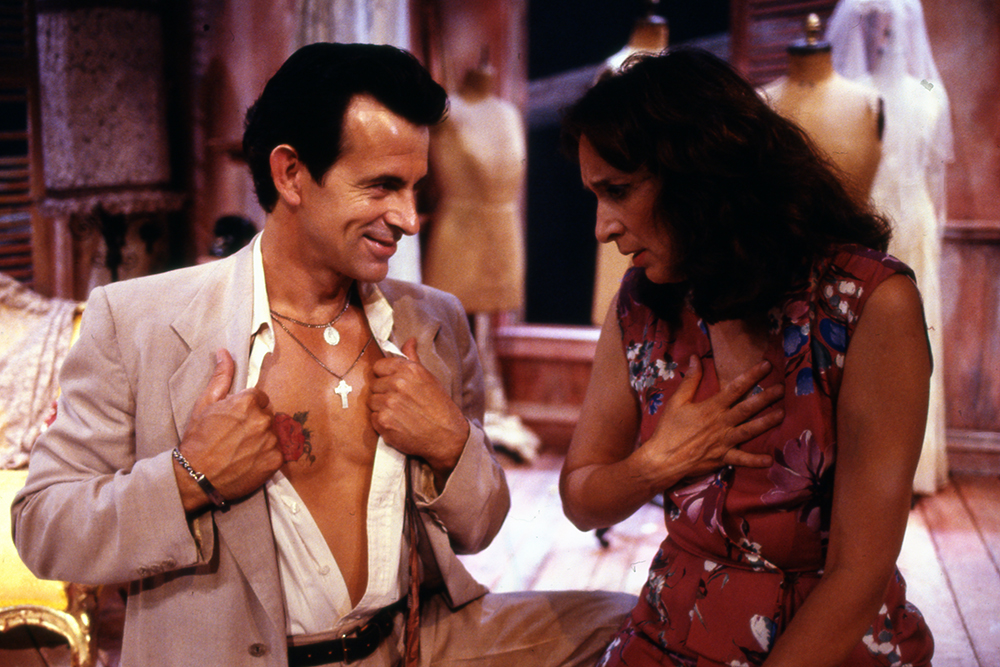 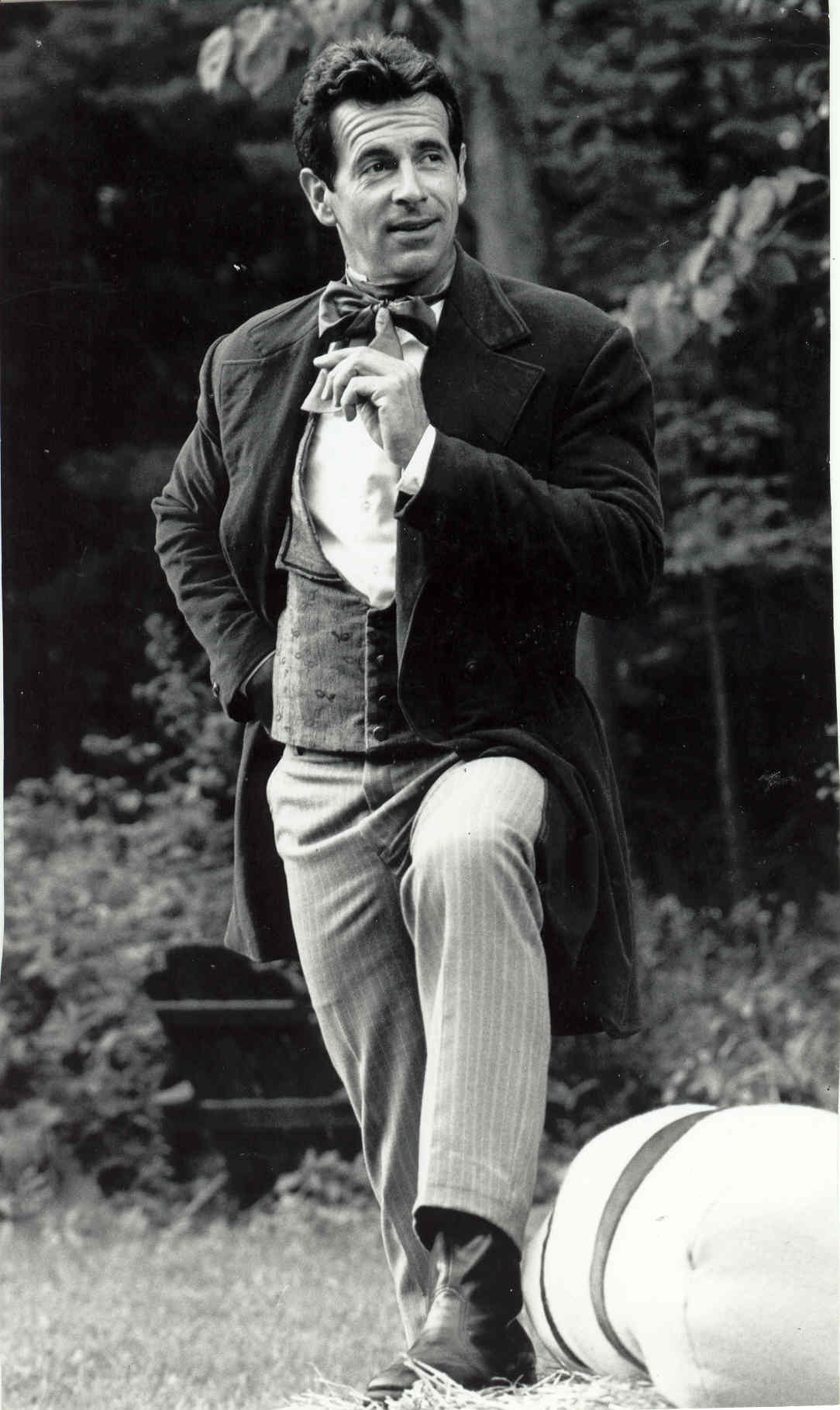 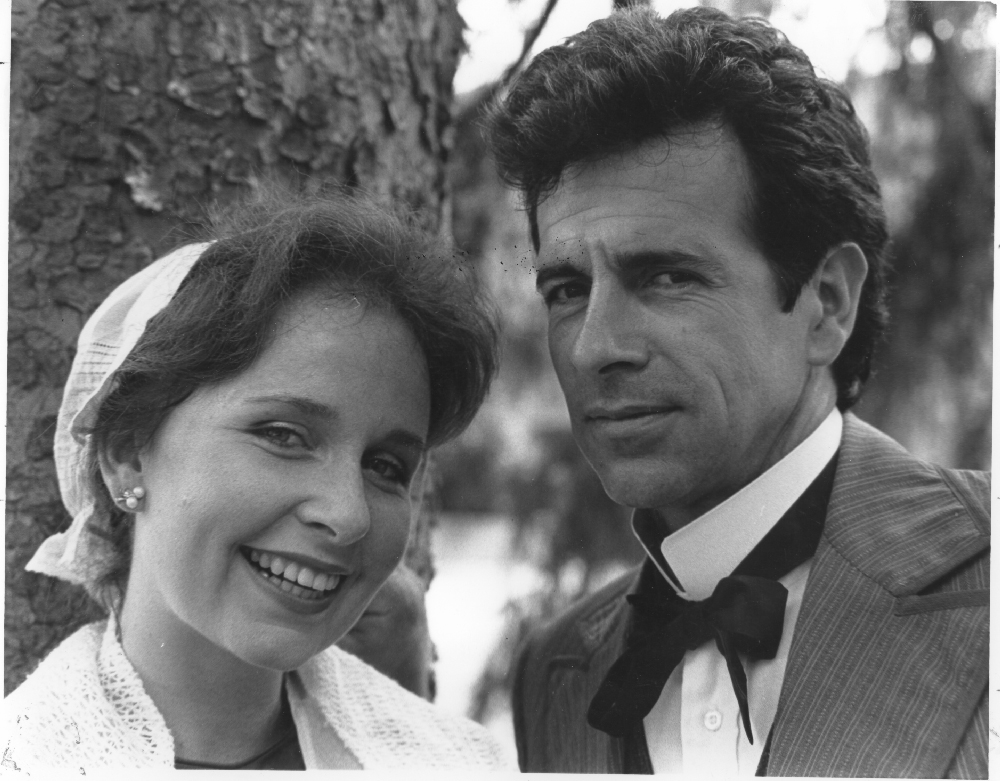 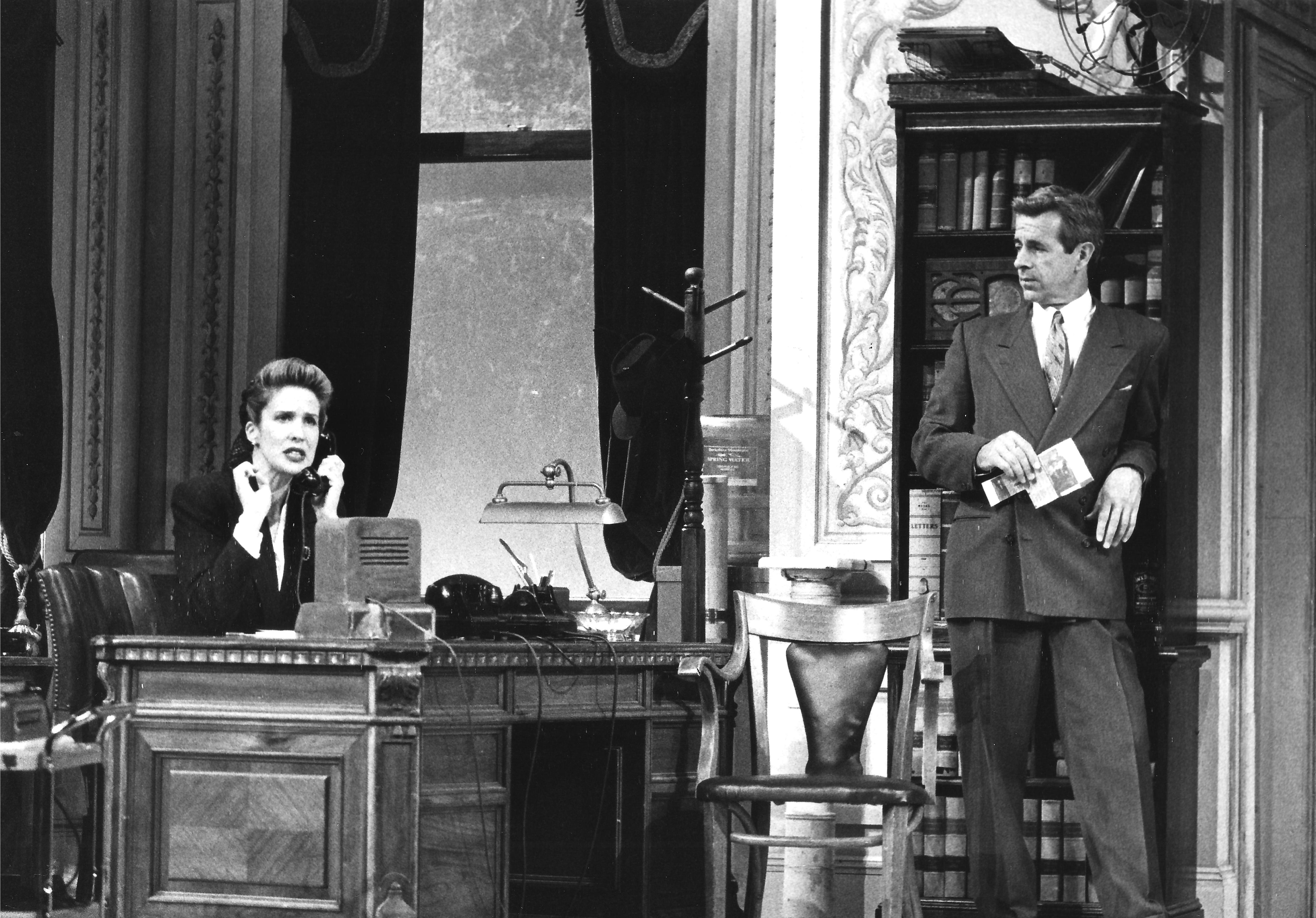 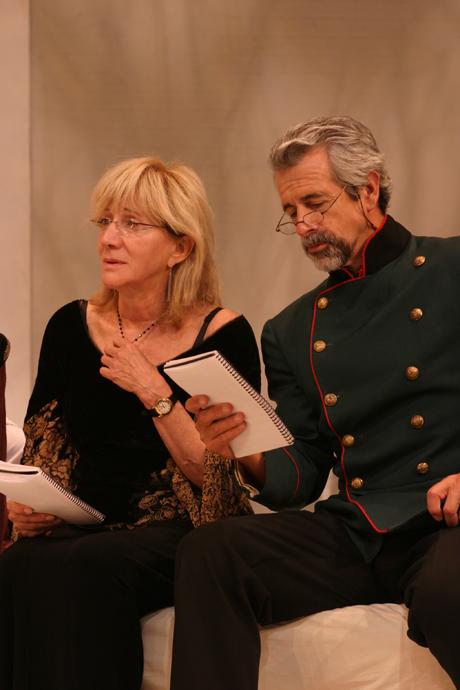 On August 8th, 1972, James Naughton first appeared on the Williamstown Theatre stage in Clifford Odets’ The Country Girl directed by Arvin Brown. Naughton played Bernie Dodd, an eager young director attempting to stage a comeback for an aging actor. It was a notable role for the young James, fresh out of Yale School of Drama in 1970 and coming off a 1971 award-winning run of Long Day's Journey Into Night off-Broadway. James would later make his Broadway debut in 1977 with the musical I Love My Wife, and his career blossomed from there. More Broadway musicals—including Tony award-winning runs in City of Angels and Chicago—plays, films, and television roles have marked his illustrious career from that time to today, and yet, Williamstown has always been a second home for James and his many distinguished friends and colleagues.

At Williamstown, Naughton’s work has been broad-ranging and unique. He played in Maxim Gorky’s Enemies in 1982, directed by Austin Pendleton, taking the stage with Blythe Danner and Sam Waterston. In that same year, he performed in the epic WTF production of Tennessee Williams: A Celebration, which honored the work of one of the U.S.’s most revered playwrights; Williams was in attendance for the fete. Naughton later interpreted one of the more obscure works of Tennessee Williams in the 1984 production of Vieux Carre with Marsha Mason and Richard Thomas, directed by Austin Pendleton. The next year, he appeared in Tennessee Williams’ most acclaimed work, The Glass Menagerie, directed by Nikos Psacharopoulos and starring John Sayles, Joanne Woodward, and Karen Allen. Actor/director Paul Newman was taken with the production, and two years later he directed a film version of the play, transplanting most of the original WTF cast onto the silver screen; a young John Malkovich replaced John Sayles as Tom for the film.

Naughton would continue to share the stage with a bounty of amazing actors on the Williamstown stages. In the 1986 season alone, he shared the stage with Christopher Walken and Sigourney Weaver in A Streetcar Named Desire; Richard Kneeland, Laurie Metcalf, and Nathan Lane in School for Scandal; and Ann Reinking, Richard Thomas, and Maureen O’Sullivan in Barbarians. In 1996, 14 years after he premiered at Williamstown Theatre Festival playing a young director, Naughton made his directing debut at the Festival. Filumena, an Italian comedy written by Eduardo De Filippo, was translated by and starred Maria Tucci—one of his long-time WTF co-stars. The show also featured his son Greg Naughton and Tony Amendola. Naughton has since directed two other works for the WTF stage, including a 1999 production of The Price which transferred to Broadway in November that year, and was nominated for a Tony Award for Best Revival of a Play.

Williamstown audiences also know Jimmy Naughton from his many performances at the WTF Cabaret and concerts. This year, the Festival is excited to welcome James and his friends back to our stages once again and to continue the wonderful friendship that started 50 years ago.