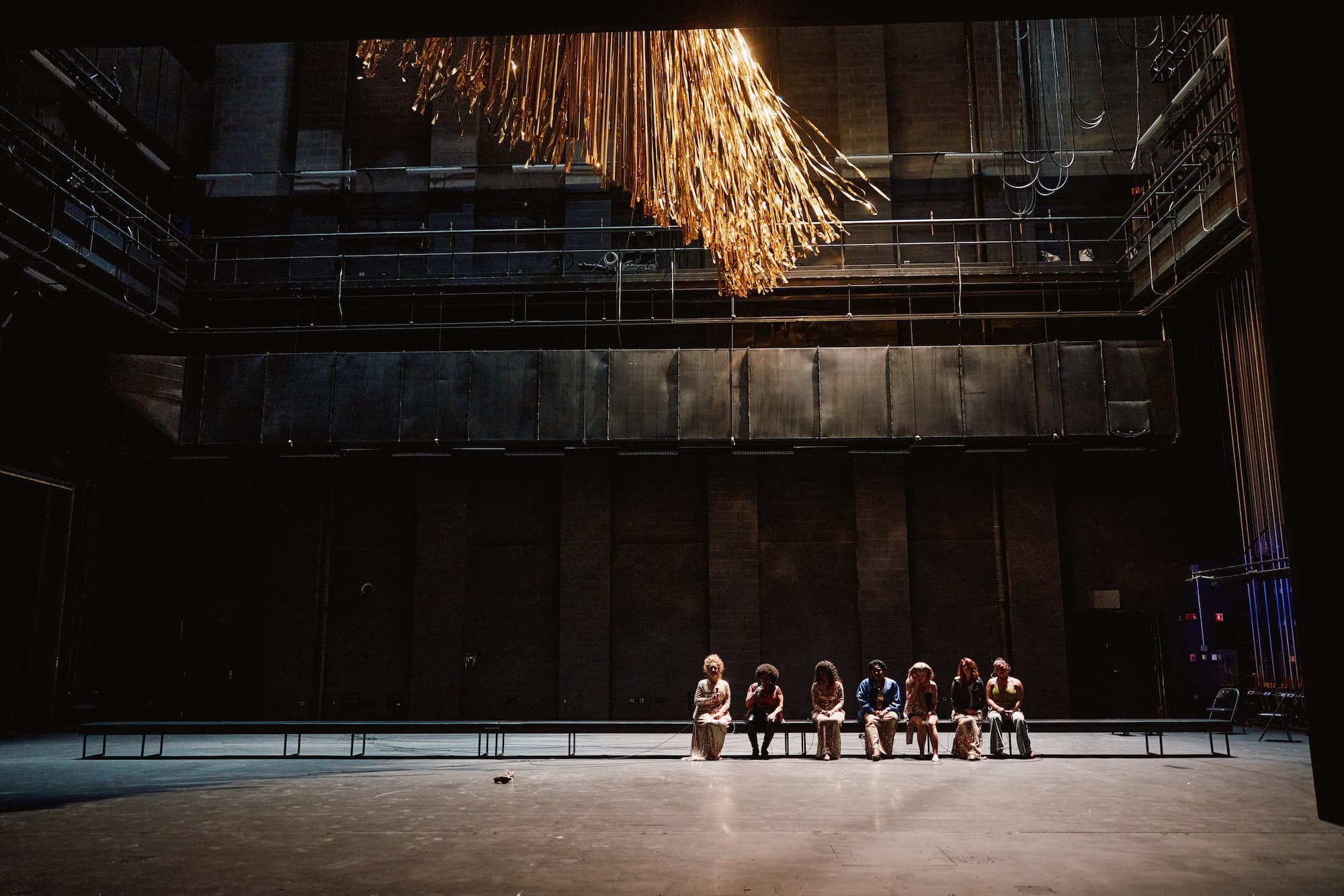 WTF: Where did you find inspiration for this production?

DANIEL FISH: From the music and the performers.

JAWOLE: The music and voices are stunning and the arrangements are fantastic. I am so inspired by Daniel’s vision of this production

DANIEL KLUGER: One of the inherent rewards of orchestrating songs like these is they contain endless inspiration within their own structure. The music is inventive, peculiar, and yet intuitive, emotional, dreamlike… and so it commands a treatment on its own level. I feel like reinterpreting a classic song is like a friendly sparring match through history.

I was really inspired by jazz orchestration for this piece. I was influenced by Bill Frisell, Ornette Coleman, Don Cherry, Bill Evans and Jim Hall. Of course you can hear Loesser experimenting so much harmonically—the material responds well to experiments in feel and energy.

The collaboration with Nathan Koci (fellow musical arranger and vocal arranger of MOST HAPPY IN CONCERT) was particularly inspiring as well. We got to have much more of a back and forth about the details harmonically, stylistically. There’s nothing like having a good collaborator to push you to imagine new possibilities.

WTF: How does the regendering of some of the characters’ songs in MOST HAPPY affect the structure of the dance, music, and/or story?

DF: If the show is really working, the show and everything in it is a proposition or a provocation to the audience that asks "What happens when this person sings this song in this space with these people?"

DK: We are able to explore a relationship to the music that features the beauty of the music and the presence of the performer apart from the original context or story. This is the practice of jazz reinterpretations of Broadway’s best songs, in which a great song matched with a great singer works out of context, gender, story, whatever.  We’re then bringing it back into the theater to celebrate all this material together.

WTF: Jawole, the score brims with emotion and feeling. How do you find and create a physical language for such an evocative score and lyrics?

JAWOLE: The actors' impulses are where I find my movement inspiration.

WTF: When re-scoring a grand work like Oklahoma!, you adapted the work for a small bluegrass band. What is your approach in re-scoring a somewhat operatic, musical theater score like Frank Loesser’s Most Happy Fella?

DK: Whereas with Oklahoma! we had an idiomatic approach with the bluegrass band, and that was a useful limitation, we really only needed strings, winds, brass, and rhythm section. The work was to be as versatile as the music itself while trying to meet it as fresh and personally as possible. [For this production,] we didn’t work with the original orchestration—this is not a reduction but a new interpretation. It was a real treat to work with this material, to navigate the broad universe of musical vocabulary Most Happy contains. It has such dynamic range and endlessly surprises you with colors and turns.

Considering this production and your previous work on Oklahoma!, it seems that you're interested in the American musical theater form and finding ways to subvert it. Can you talk more about that?

DF: I'm not sure I think about the form or subverting it — I try to respond to the music and the words and the people making the music, [and] the space and the world they're making it in.

A NOTE FROM DANIEL FISH

This production is dedicated to the memory of Barbara Maier Gustern.

If you do not sing, a part of your very soul is suppressed. Music is a part of the voice of the universe and we need to own it.

Our early conditioning has so much to do with what our voices become. So many people with vocal problems have had their expression suppressed in early years, told to be quiet, told that they didn't sound good. We cannot separate the psychological from the physical. So the voice reflects the whole person.

At the same time when [singing is] done well, it seems that nothing much happens - you open your mouth and song comes out.

Barbara began work on Most Happy during our early workshops in 2019. Her commitment to people being who they are, and sounding like themselves, speaks not only to her artistic practice but to her commitment to humanity. Her way of teaching singing was not just a way of teaching singing but a way of being in the world — a deep dedication to people being who they are. As the company and I reflect on her work, we realize that she is at the heart of what we are making, as close to the center of it as Frank Loesser’s words and music are. Barbara literally had her hands in the mouth of the show.